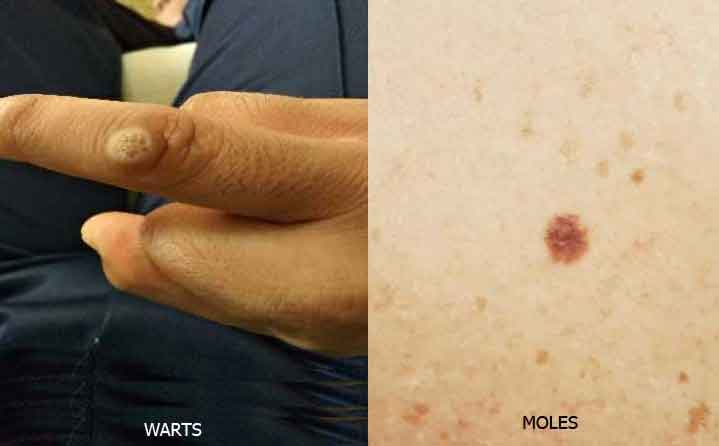 Use our AI chatbot to learn about Warts & Moles 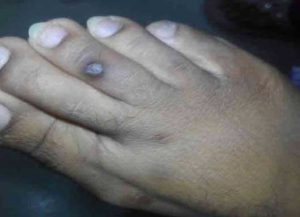 Warts are small growths which are skin colored (but can appear pink, tan or white), fleshy and rough to touch. They occur commonly on your fingers, hands, feet, legs and also in palms and soles. When looked closely there are tiny black dots on top due to clotted small blood vessels.

Warts are caused by the Human Papilloma Virus. It is an infectious skin condition which can be passed from one person to another by touch. Warts are harmless. They commonly go off with time on their own. The wart occurs at the site where the virus entered the skin and new warts can appear when it spreads to other regions of your body.  The best way to remove warts is mentioned below.

Although you can leave warts alone as they are harmless, you may want to get rid of them as it might be an embarrassing thing to have.

Garlic paste, raw potato juice or apple cider vinegar can be applied over the wart and covered with duct tape, will soften warts. This, although helps, is not a proven remedy and is time-consuming as this method should be applied for some time.

How to get rid of skin tags and moles?

When to see a doctor 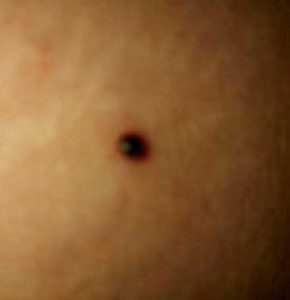 Moles are small, brown spots which are a common type of growth on the skin. They are formed of melanocytes (pigmented cells). They usually appear in children and young adults and may continue to adulthood. Moles can be caused by excessive sun exposure or due to genetic predisposition. They can run in families.

They are round or oval in shape and less than 6 mm in diameter. Most moles have hair growing from within. Moles can occur anywhere on your body. Many people have up to 40 moles. They can grow bigger and darker due to hormonal changes as in puberty and pregnancy.

Some moles will go away with time. Regular or common moles are harmless; however, they should be monitored with caution, as they can become atypical any time.

What are Atypical moles?

If a mole changes its appearance in size, color, shape, and speed of growth, it is called an atypical mole. It can be a warning sign that the mole is turning in to a Malignant Melanoma (skin cancer). If detected it should be removed as early as possible to prevent it turning in to cancer.

How to identify a Malignant Melanoma?

A – Asymmetry – unlike round or oval shape in a common mole, these are irregular in shape an asymmetrical

C – Color – The color changes from one color to multiple colors such as black, brown and red in a single mole

If you find any of these features happening in your moles, it is a must to seek help from a dermatologist.

Most moles do not need any treatment, as they are harmless. If you are not cosmetically concerned, you can leave them alone. They may fade away with time. But you should be cautious and monitor them often for changes in size, shape, color and growth rate, to prevent it from turning in to skin cancer.

How to get rid of skin tags and moles with home remedies?

A doctor will use minor surgery /plastic surgery to remove the mole, but a scar may remain

LASER treatment is also a specialized treatment option for moles

Similarities between Warts and Moles

Differences between Warts and Moles

Use our AI chatbot to determine Warts & Moles

Great article. Thanks for sharing!!